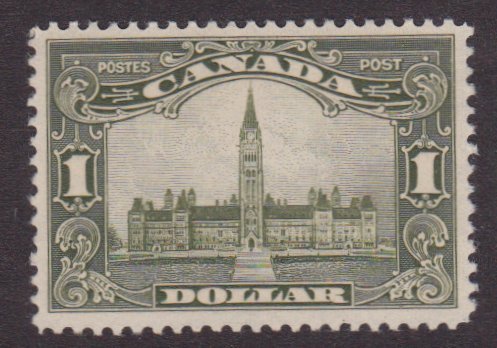 During the American Civil War, Union navy and railroad blockades isolated the Confederacy from all markets creating shortages of almost every kind of commodity, including paper.

Blank paper on which to write a letter was certainly in short supply.  But even more scarce were envelopes to mail the correspondence.  Every source of paper imaginable was used to create envelopes: the backs of title pages from books, sheet music, maps, hotel guest registers, insurance forms, advertisement flyers and a host of other paper sources.

Given these dire, adverse situations, collectors refer to these envelopes as “adversity” covers.  Below are examples of these extraordinary creations from cities in Georgia, my home state.  The fair assumption, therefore, is that these adversity covers were made by Southerners living in those locations. (The flaps of the envelopes have been folded over for viewing the printed designs of the original paper source.) 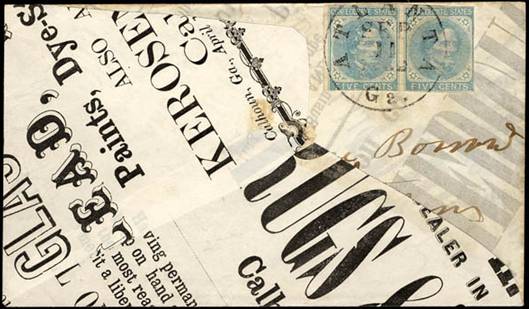 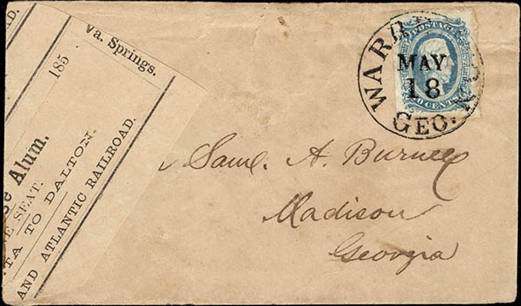 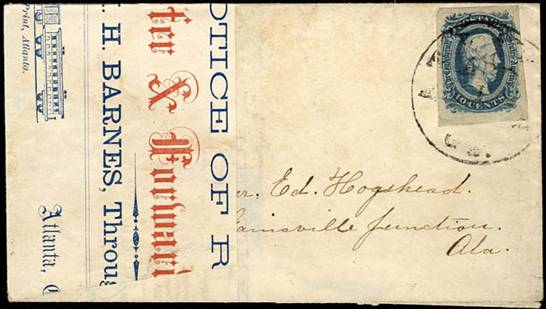 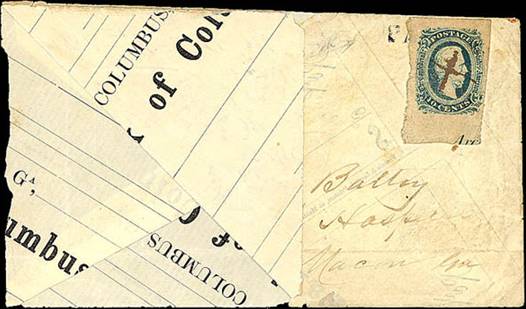 Some of the most colorful adversity covers were created from wallpaper either cut from surplus rolls or stripped from the walls of living rooms, dining rooms and bedrooms.  The envelope was made by cutting a rectangular piece of wallpaper and folding it into the appropriate shape, with the wallpaper design being the inside of the piece.

In 1885, Miss Anna Simpson of Pendleton, SC, wrote an article for The News and Courier, describing her creation of adversity envelopes during the Civil War:


"A favorite night's employment was found in making envelopes.  No bits of white paper suitable for writing with pen and ink could be wasted on envelopes. Thus it happened that wall paper and sheets with pictures on one side, taken from `United States Explorations,' served to make envelopes, neat enough. These we stuck together with gum from peach trees.”


Below are examples of wallpaper adversity covers that illustrate the amazing varieties of wallpaper used in Georgia Southern homes during the Civil War. 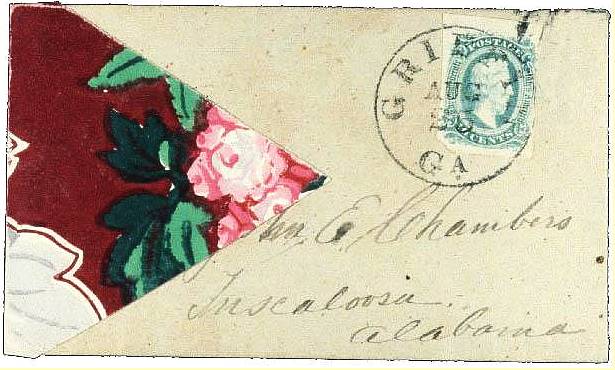 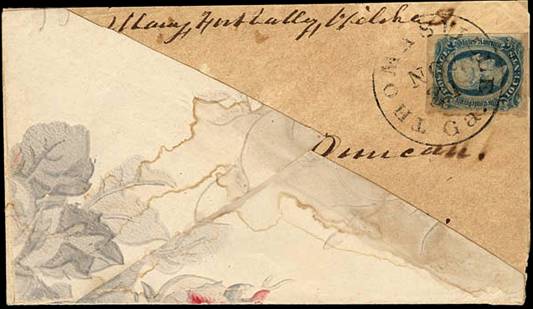 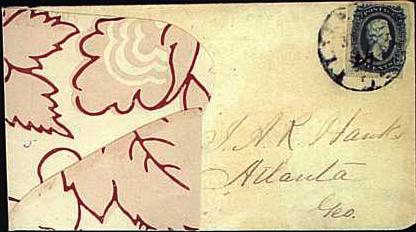 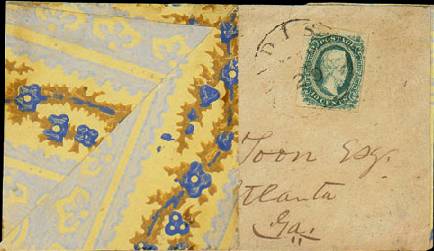 Like Scarlet O’Hara’s dress made of bedroom drapes in Gone With the Wind, adversity covers were a necessary response to the Union’s blockade of the South causing severe shortages of many everyday resources.  Each cleverly constructed envelope documents one Southerner’s determination to persevere. Necessity is most certainly the Mother of Invention.

If you would like to experience how adversity covers were made during the Civil War, visit any number of sites providing step-by-step instructions for creating envelopes, such as YouTube’s http://www.youtube.com/watch?v=FRjfxbCVgWo and Martha Stewart’s “Custom Envelopes” at http://www.marthastewart.com/270535/making-custom-envelopes.